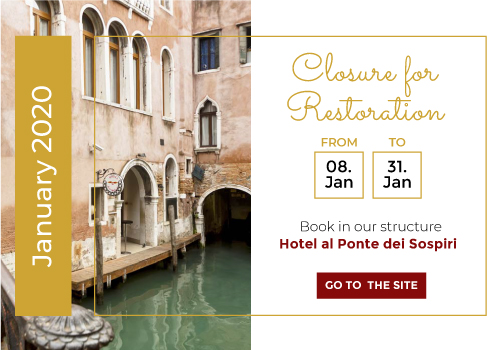 Every year, Venice attracts millions of visitors attracted by events of worldwide resonance.

Among these, the Madonna della Salute stands out: a religious festival established by the Venetian Republic in 1630 and celebrated today in many cities of the Serenissima.

This anniversary, originated between 1630 and 1631: In those years, the lagoon city was hit by a bubonic plague epidemic. The infection took place after the arrival of the ambassadors of Mantua, arrived in Venice to ask for help for their population now reduced to the bone by the crush.

Once in the Republic of Venice, the ambassadors were quarantined on the island of San Servolo, but this was not enough to stop the contagion that had already spread throughout the lagoon territory. Within a few weeks there were heavy losses, the same Doge Nicolò Contarini and the Patriarch Giovanni Tiepolo suffered the consequence of the disease. Not finding adequate care to defeat the plague, the Government of the Republic, called October 22, 1630, for the entire surviving population, a pilgrimage to Our Lady, lasting three days and three nights. The Doge, in that procession, solemnly vowed to erect a votive temple if the population had been pardoned.

A few weeks after the procession, the epidemic slowed and soon became extinct. The doge kept his vote and had Baldassare Longhena built it, an octagonal structure in Baroque style, with an imposing dome that took the name of: Santa Maria della Salute which was consecrated on 21 November 1687.

Even today, on November 21st, the Venetians cross a bridge made of boats, fixed on poles, which goes from Piazza San Marco to the Basilica (Punte Della Dogana), to pray. On this occasion, traditionally, the Venetians consume the “castradina”, a dish made from mutton.

Take your time for the original Signs

Take time for yourself and celebrate St Valentine’s Day in Venice, All’Angelo Art Hotel will be your location for enjoying this special occasion in one of the most enchanting and romantic city

All’Angelo Art Hotel offers you the typical experience common among Venetians, the Aperitif! All in the frame of the splendid Venice.

Honeymoon, wedding anniversary...or why not, a simple romantic getaway plonged in the magic of Venice
All Offers